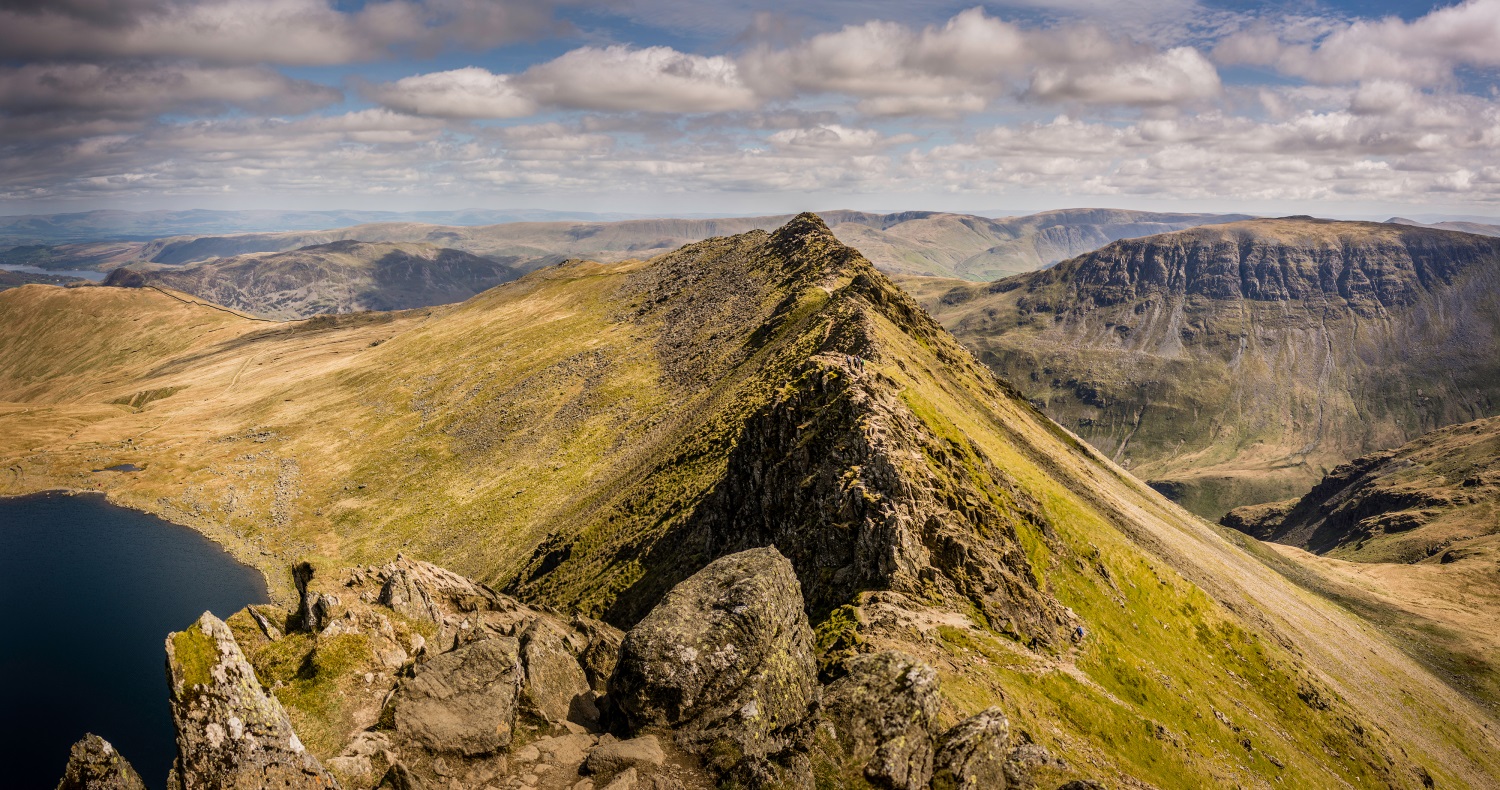 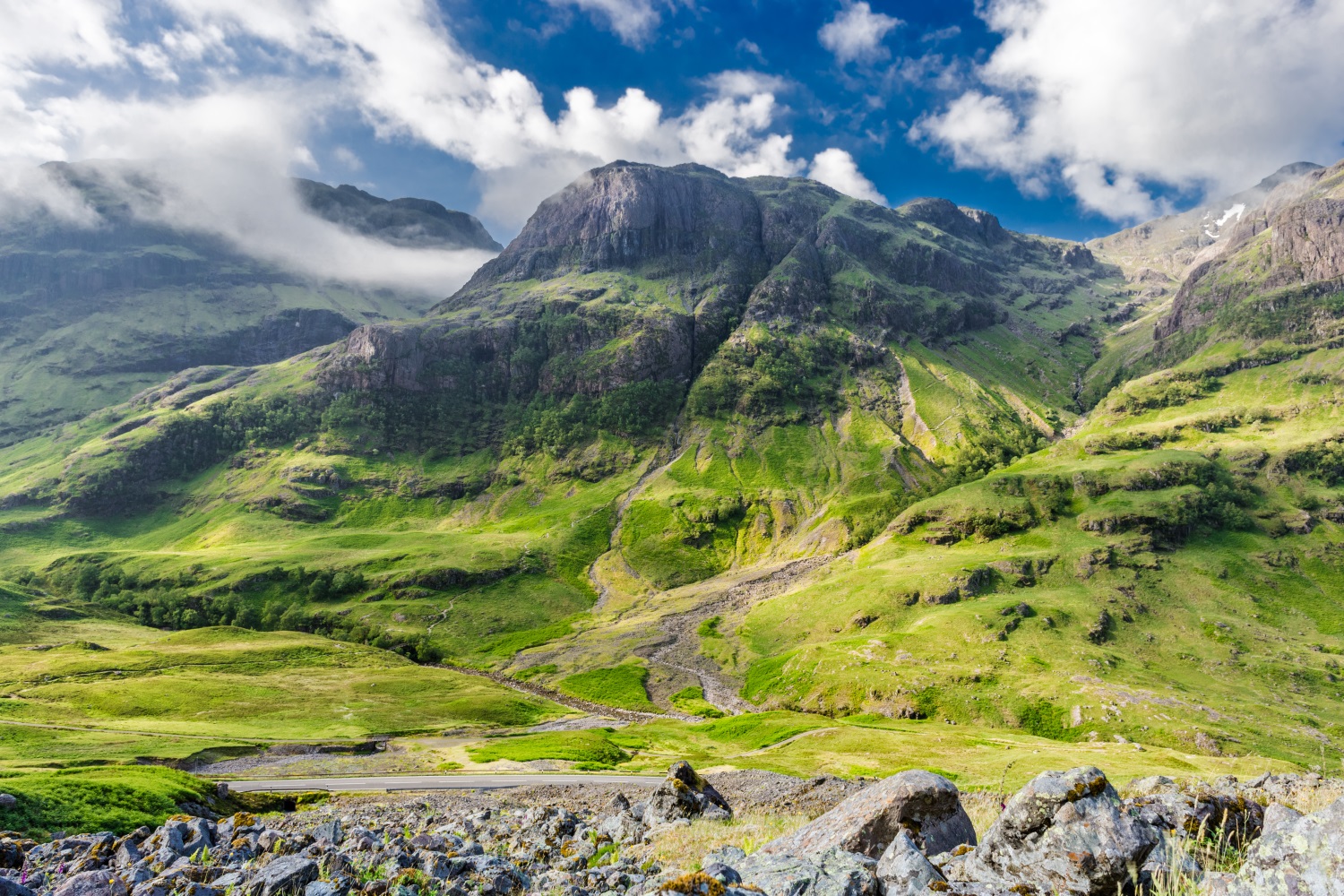 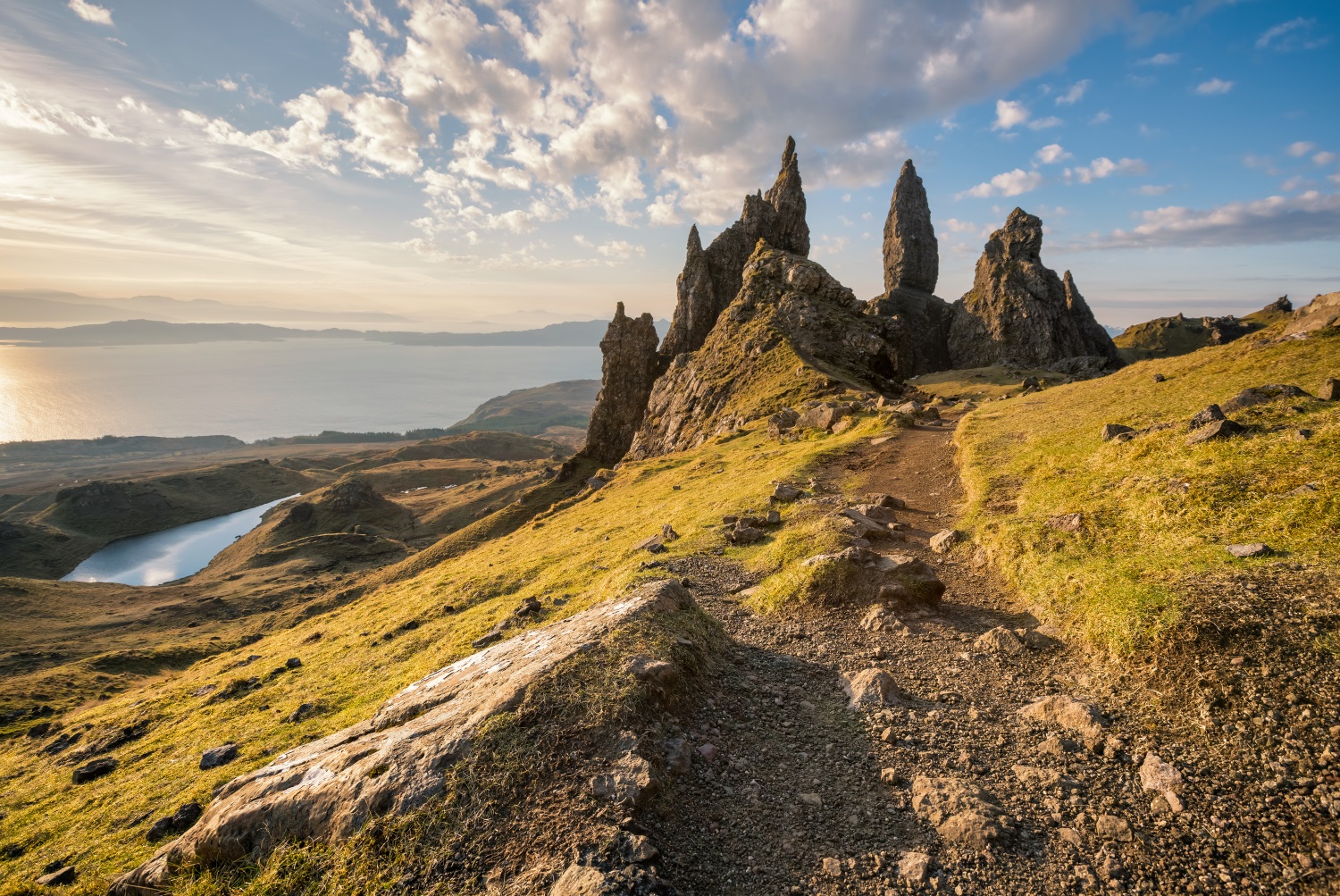 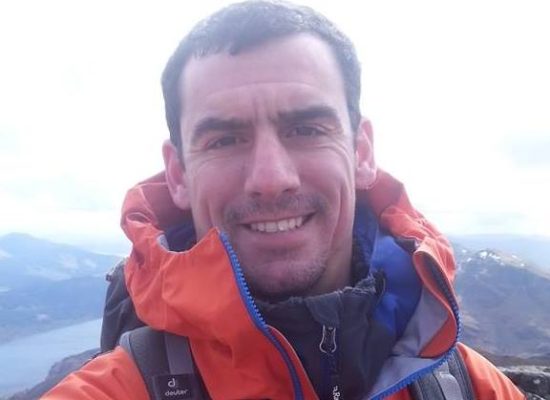 Are you ready for your next adventure? As mountain guides we know that heading off into the outdoors is one of life’s simple pleasures and we are here to help you achieve your outdoor ambitions. So why not join us for one of our events, we have lots going on across all the major mountain ranges of Britain as well as other activities that will be of interest to all outdoor enthusiasts. We always aim to provide you with a well organised event so that you can concentrate on enjoying what we hope will be a memorable and positive experience in the outdoors. Take a look at our events sections to see what’s coming up, however, feel free to get in touch with us directly if you would like us to create a bespoke event for you or a group. Maybe you would like some help realising one of your goals such as walking a long distant classic like the west highland way, scrambling the classic routes of Curved Ridge and the Aonach Eagach in Glencoe or heading deep into the Cairngorm mountains to tick off some of the classic peaks of this this iconic range with an overnight camp, bivvy or bothy along the way. Whatever you have in mind get in touch using the contact form or contact details at the bottom of each page.

Scrambling lies somewhere between hill walking and climbing, you’ll need to get your hands dirty in order to stay safe and make upward progression. However, other than a sure foot and a head for heights there is nothing to stop you taking part in a truly breath-taking and exhilarating experience. Scrambling can take you off the beaten track in no time at-all to the wildest of situations with some of the best views on offer in the mountains.

Aspect Mountaineering is pleased to be able to offer you courses certified by the National Navigation Award Scheme. The overall aim of the courses are simple – to give lovers of the outdoors, whatever their sport, age or fitness, the freedom to explore the paths, trails, hills and mountains of Britain and abroad. Gaining an award does not give you a qualification to teach or lead. It is a recognition of the level of skill at which you can navigate.

Hill walking in all its guises is to be enjoyed and cherished. Rugged Mountain tops with rocky, knife edge ridges, rolling hills with panoramic vistas, cliff top coastal paths with views across the ocean to gentle strolls through high mountain glens full of flowers and fauna. We love it all here at Aspect Mountaineering and are happy to offer wide and varied routes to be enjoyed by all. John Muir put it best when he said: “In every walk with nature one receives far more than he seeks.”
Events Page

What our clients say

A huge thank you to Andy for taking us safely to the top of Ben Nevis and bringing us back down again during our Moonlight hike with Macmillan cancer support. What an amazing guy with a huge knowledge of his surroundings. Would highly recommend Andy to anyone who is looking for support or a guide around any of our beautiful mountains x

Had a fabulous trek up Ben Nevis with Andrew, we were a bunch of novices, but with help and guidance we made it!! A beautiful sunny day helped, Andrew had so much knowledge on all the views an awesome day – thank you.

Thanks again to Andy for all the help on the Yorkshire 3 Peaks challenge. He was professional, patient and good fun and really added to the day. I would definitely ask Andy to guide us on any future trips.

Andrew was a wonderful guide! Transported us to the start and motivated us to the top of Ben Nevis. He made this a truly great adventure! Highly recommend.

Andrew was an absolute gentleman! A great guide with lots of knowledge and a chipper attitude who kept motivating us to keep putting one foot in front of the other. He made us feel safe and gave me his coat at the top of Ben Nevis!!! Thank you for a great and challenging experience

Lovely to spend the day with Andy climbing Ben Nevis.Thanks for being a great guide with the right level of reassurance when needed. Glad you met Pudsey Bear too!

It has been a while since my last post and it would appear that I have been caught up in what I can only describe as the working night-shift time warp.

As some of you may recall I visited the Island of Tenerife last year and made the most of the fabulous trails the island has to offer. This post is all about Pico del Teide the highest peak in Spain at 3718m, a live volcano and a throwback to happier times, 16th November 2019.

I made my ascent from Parador within the national park, I left the car park beneath a crystal clear sky line. The moon was shining so bright a head torch was not required and the stars were so clear you could see just about every constellation imaginable.

Passing the Roques de Garcia was incredibly atmospheric, standing so tall and lit up perfectly by the moon. I continued up the rugged volcanic trail to Pico Viejo 3102m a minor top compared with Pico del Teide, but what an experience looking down into the huge crater of this top under the light of my head torch and the smell of sulphur dioxide really brings home the fact you are standing on a live volcano.

The morning was cold and finding the motivation to leave the warmth of my sleeping bag and bivi was hard. But it had to be done. It was still dark and I found a spot out of the cold wind and waited for sunrise. It seem to take an age for the sky line to change, but when it did, my word it was spectacular. The view over the clouds lit up by the sun was out of this world, the warmth of the sun hitting my face was almost instantaneous and most welcomed.

I started my descent down towards Refugio Altavista passing the crowds as they ascended to the summit. The view over the national park as the sun started to burn off the cloud was just incredible. On my descent I summited Montana Blanca 2758m before returning to the road and picking up the long trail back to Parador.

Great pics. Here’s hoping you get some more trips like these next year. You might even have us Ballater group in your company ha ha

I hope you are good Andrew, see you hopefully on some courses when we are allowed out again:)

Day 2, 19th September 2020 of Catriona's Fannaich Munro adventure with Aspect Mountaineering and the weather could not have been better.

We walked in from Loch Droma tackling Beinn Liath Mhor Fannaich 1st before moving onto Sgurr Mor, Meall Gorm and ending the day on An Coileachan a fantastic circuit tackling 4 fine Munros and the views were absolutley sublime.

It was a total contrast to the last time I visited these mountains which was new years day 2019. The 1st snows had fallen, it was blowing a hoolie with the occasional white out and standing was difficult never mind walking!

Another fantastic day, a huge achievement and very rewarding to guide Catriona to completing all of the Fannaichs. 🙂

From Ben A'an to another one of my favourite mountainous regions within Scotland, The Fannaichs and on the 18th September 2020 they turned out to be one of the most spectacular walks I have completed so far this year.

We started out on a chilly but sunny morning from the A832, passing Loch a' Bhraoin to make a direct ascent to the summit of Meall a' Chrasgaidh. By the time we reached the summit it was sweltering in the blistering sunshine, we were greeted with absolutely spectacular views in all directions and a temperature inversion to boot.

Our adventure continued onto the summit of Sgurr nan Clach Geala, arguably the most spectacular summit of the Fannaichs before continuing to Sgurr nan Each for lunch with a view.

Once rested and refueled we descended to the bealach between Sgurr nan Each and Sgurr Breac before gaining the eastern ridge of Sgurr Breac. We ascended this to its summit where we poised for some time taking in the views over the entire Fannaichs.

We finished the day on A'Chailleach our final munro of the day with spectacular views over the Fisherfield. Our descent was to the north, dropping back down to Loch a' Bhraoin with a gentle trundle along its shores before returning to our starting point for the day.

A truly beautiful day for Catriona and one I hope she will remember for some time to come as I certainly will. Andy, 12th October 2020 🙂

seriously beautiful photos..... we are so jealous. Oliver and I only hiked about 6 miles on our local Catoctin Loop.. with grey skies, but always enjoyable. Still dreaming of coming back to hike with you. ....

On the 17th September 2020 I had a rare morning off and decided to make an early morning ascent of Ben A'an, as always the views did not disappoint, the visibility & clarity was spectacular. Just what I needed to clear the mind and revive the soul.

It was nice to be back on Ben Nevis 10th September 2020 and again guiding for Seren Ventures with another couple. This time for entirely different reasons, unfortunately Jade's father had passed away the month previous and rather than be upset or down about it she decided that a guided walk to the summit of Ben Nevis with her boyfriend David was the better way to remember her father and start a new chapter in her life.

As always the weather on Ben Nevis can be a fickle thing, the day started well with clear views and a nice cooling breeze, As we gained height the cloud descended and it began to rain. No views on the summit this time, but lots of smiles despite the weather.

A huge well done to both Jade & David and what started out as quite a somber day, turned into a day of laughter and smiles. 🙂 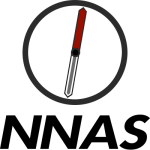 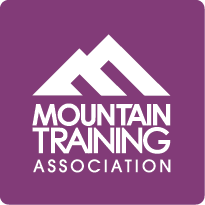 “The mountains are calling and I must go” but if you are trying to get a hold of me try one or all of these contact details and I’ll be in touch on my return.